Y’all. A long time goal of mine is starting to wrap up as we close out the second decade of this century. If you’ve been with me, following and listening, you know that heart & soul of what I love doing is highlighting the efforts by women, primarily Black Women, that crafted and created music some half century ago that get little notice in today’s world.

1966 is an interesting year to ponder within the context of the proceedings however. Although the predominant narrative told to us is that women were thrown off the charts by The British Invasion in 1964, the charts tell a different story. As we know, it was a year of #1 hits for Mary Wells, The Dixie Cups and The Shangri-Las, as well as 3 # chart toppers that kicked off a run of 12 for The Supremes. Martha & The Vandellas had the biggest pop hit of their career, as did Betty Everett, and Dionne Warwick made the top 40 4 times. 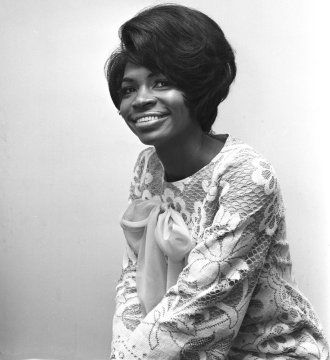 However, 1965 and 1966 slowed considerably, with only Motown’s top ladies The Supremes, Martha & The Vandellas and The Marvelettes making consistent hit records. Other efforts of success, such as The Chiffons “Sweet Talking Guy” or The Toys “Attack” or “Long Live Our Love” pulsed with an energy more like the Motor City than anything unique. Oft at this stage, most of the stage guise for girl groups, but especially Black Girl Groups featured the empire waisted armor pioneered on stage by The Supremes post their landmark engagement at The Copacabana in the summer of 1965.

That however doesn’t translate to the records they produced or songs they committed to tape that year. Still, coast to coast and across the pond, a diversity of sounds sought and fought for attention above the fray. Here we have 40 gathered for you mid-summer’s delight and listening.