It’s interesting to ponder the world of nearly 60 years ago, especially since we still hold such an era in high regard. 1960 brought us the first glimpse of the Neoliberalist optimism that no longer serves us more than a half century later alongside with such advents like Birth Control & The Flintsones.

Music critics look at it as a fallow period, not reflecting the true spirit of the time. Granted, the male-centric narrative that Rock & Roll in particular took a nap from 1959 through the British Invasion is a ridiculous, misogynistic perspective. Yes, Elvis went to serve the country, and multiple stars died in tragic ways in 1959, but the optimism, romanticism and soon to be embodied social liberties started burbling up on the airwaves in wonderful ways. 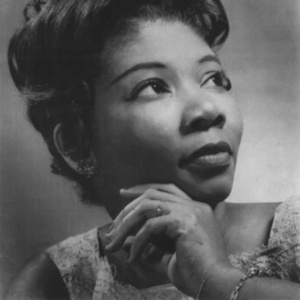 We see longtime legends like a 17 year old Mary Wells have the confidence to walk up to Berry Gordy with what would be her first hit song in tow this year. We hear from an 18 year old Aretha Franklin sitting behind the piano in full command of her artform at Columbia records for the first time from 1960. The Shirelles precociously and awkwardly baion beat their way to their first orgasm and into the Top 40 at 19.

A 22 year old Etta James regains her footing via her multi-city connections between Berry Gordy in Detroit and Riley C. Hampton in Chicago setting a template for Uptown Soul that’s been built upon ever since. And veterans like Dinah Washington, as she and others blow out candles on their birthday cakes within the earshot of 35 years old, go from strength to strength, hit records and albums galore after 20 or more years of hard work.

In 1960, the world was a veritable oyster for many women, especially of color, in a way the repressive 1950’s had not been, albeit with it’s own challenges to conquer (that are still to be faced today). A host of these names below, from singer-songwriter Maxine Brown to a Pre-Supremes Mary Wilson fronted Primettes, would still be building on their successes at the end of the decade and into the next.

The amazing pioneers, fresh and veteran below, enrichen a legacy of women artists providing joy despite dim-witted assessments of their contributions to music history. Hopefully the range keeps you entertained for the next 90 minutes.