Everyone that’s had to work more than one job has wanted to say “Take this job and shove it!” at least once in their life. Creative professionals probably feel this the most, given that the practice of refining your craft is often a personal exploration as well. Most frustrating can be opportunities for promotions and new duties. 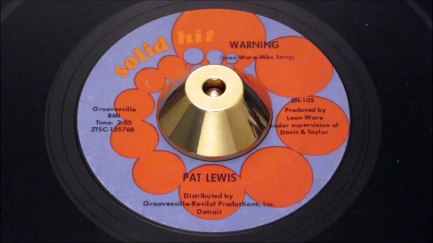 What if you were someone of many talents that whose only job was to honk out 10-20 second Saxophone solos alongside being a band musician. Some musicians would love that. What if your saxophone solos were as legendary as the instrumental break in “Love Is Like A Heatwave” by Martha & The Vandellas? “Baby Love” by The Supremes? “I Can’t Help Myself” by The Four Tops? What if you worked somewhere where your work is so famous, yet you never get any outside credit for the work you’ve done?

What if you had a keen sense of writing, arranging and production alongside being a stellar saxophonist, but you were told to stay in your lane and be happy with your checks, while your 20 seconds in the spotlight were the cherry on top of #1 hit after hit on the radio. You’d probably feel a lot like Andrew “Mike” Terry did at Motown records during the second half of 1965. Frustrated, and wanting to give the whole works a “fuck you.”

Mike Terry joined Motown Records in 1962 as 22 year old musician, but soon thereafter put his distinctive stamp on records soon to become legendary. His sax solos saw preferential treatment by Holland-Dozier-Holland in particular. As his talents as a saxophonist grew however, his understanding of how to write, arrange and produce soon came to outstrip his peers in the snakepit. As he enrolled and studied composition and arranging at the Detroit Institute Of Performing Arts, his skills continued to blossom, some would say, to the skill of those directing the notes he was playing.

His earliest trip outside of the Hitsville studios was for Detroit rival Golden World, who placed “Just Like Romeo & Juliet” in the Pop Top 10 in early 1964. Further moonlighting gigs that included writing, arranging and producing at Golden World proved fruitful, such as Edwin Starr’s breakthrough hit “Double-O-Soul” in 1965. Although he continued to put in his dues as a faithful saxophonist at Motown, it was clear that his heart was in displaying his wealth and knowledge in creating more layered creations in this burgeoning soul scene. 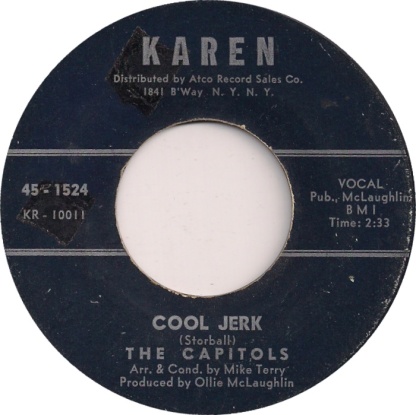 The point of no return was the shared success he found proudly in The Capitols “Cool Jerk.” It used all of his connections from Motown to create was is arguably the most recognized Motown Record not actually recorded at Motown. With Jack Ashford and most often Lorraine Chandler, he formed Pied Piper Productions. While they did many in-house efforts, their stamp is heard through plenty of records not only in Detroit (notably with a young George Clinton and The Parliaments) but on records in Chicago, Philadephia, New York, Los Angeles and beyond. If you wonder why there was such a pollination of the Motown Sound throughout some efforts that are as far from West Grand Boulevard, chances are on the label, you’ll see Mike’s name. 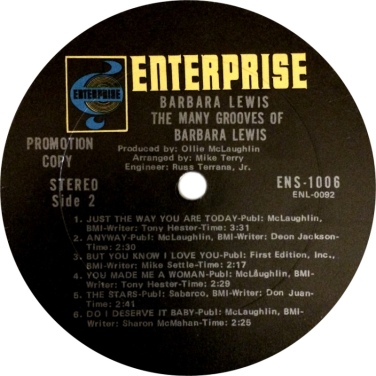 Indeed, he either created a pipeline of artists that would eventually glide over to Motown with ease like Edwin Starr, and created plenty of Supremes and Four Tops knock offs, a lot of the time better than what Motown was able to do in the second half of the 1960’s. Some of these efforts coalesced into fantastic (and amazingly expensive now) rare LPs for Sixties Soul Sirens like Maxine Brown, Barbara Lewis or upcoming ingenues like Rhetta Hughes. When he wasn’t churning out songs, arrangements or producing people, he was an in-demand musician from coast to coast well into the 1990s.

The sampling of 40 tunes below cover just a slice of what he contributed to the music industry starting with a one off partnership with Yvonne Baker of “Let Me In” fame in 1965 and ending with his efforts around 1972. Like so many people of the industry, he passed without much of a mention in 2008, but I seriously hope this narrative, alongside his work, gives you a glimpse into a talent too big to be forgotten.

Let Mike Terry’s story remind you that your talents are a good reason to say “Take This Job And Shove It” and follow your dreams.