What is there to say about Dionne Warwick? Plenty. In 60 years of performing, acting, and becoming a Pop Culture institution, she rests on a throne chock full of some of the most beloved popular music of the post war era. At 75 years old today, her legacy is pretty much set, yet she sticks to being an active performer, challenging herself and her audience to continue to grow with her. 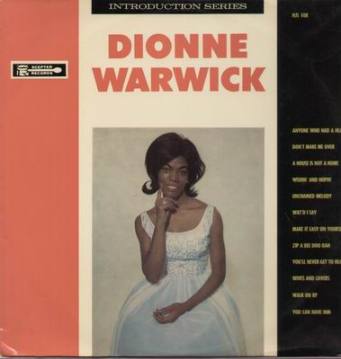 The true magic started at the turn of the 1960’s when Dionne and her sister Dee Dee were at a Drifters recording session. You can clearly hear in the backgrounds of “Mexican Divorce” the then Marie Dionne Warrick stick out in the sea of background vocals. It wouldn’t be long before she would be standing on her own, and by the end of 1962, her star was on the rise with her debut single, “Don’t Make Me Over.”

1963 proved rocky however. Perhaps this desolate piece of proto-funk went too far over consumer heads in the early Spring of ’63. As it stands, with the soaring highs, and vacant pauses, it’s my favorite of Dionne’s efforts from her first LP. Her voice soars like the kite over the buffeting of Burt Bacharach’s ideas and Hal David’s lyrics so early on, which would become a calling card of all of her material with those collaborative partners.