I’m a firm believer in having to remember where you’ve been to see where you’re going. To root and meditate on our history is to build for a stronger future. As a society, the United States tends to make our collective memory disposable. This includes the evolution we’ve managed around sexuality in the last 50 or so years.

Who paved the way for those of us that get to reclaim the Queer label? Who were some of the musicians? 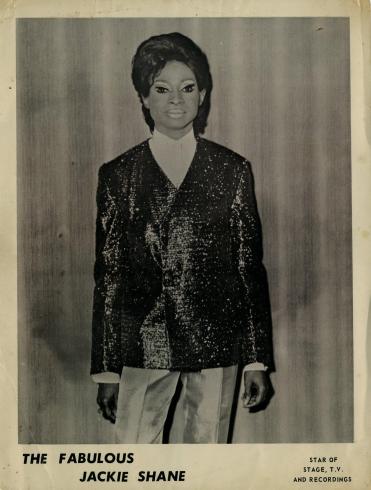 Luckily those that would be seen through our modern understandings of Queerness proves that the collective we outside of binaries, patriarchy and heterosexuality have always existed. Either we were the voices behind the mic, the composers of the songs, or the influencers on more mainstream artists. It’s with remarkable luck and bittersweetness that all of these narratives haven’t gotten lost to the march of time and lack of documentation.

There’s a few openly queer survivors on this list, like Jackie Shane, Andy Bey, Norma Tanega, Mitch Ryder and Johnny Mathis. There’s the complexity of identity that is Little Richard. There’s also a number of voices that sadly weren’t able to reach a point that their lives were to be as beautiful as the music they created like Rudy Lewis, Big Mama Thornton, Clyde McPhatter, Arthur Conley and Dusty Springfield.

They all fought for us to be heard in some ways. Whether that was to fight for our rights to love, or to show us how damaging unhealthy binds on self expression can be dangerous. I say this with the ache of now knowing Dee Dee Warwick’s queerness is tied up with the sexual abuse she committed against Whitney Houston and her brother. I say this thinking of how both Clyde McPhatter and Rudy Lewis succumbed to substance abuse at far too young an age.

All in all, it’s a season to remember why it’s so important to fight for love. So alongside some camp and queer reading recordings by some straight folks, some of them legit Queer Allies like The Supremes, comes one mix that is very close to my heart.

Hug it out homos, it’s gonna be alright if we stick together.

(LGBT Ancestors and Elders of Song Are denoted by asterisk)*