The music industry isn’t a kind place to women. Even now, there’s more hurdles that keep women mostly out of control of their artistic output rather than giving them the full creative reign of their male counterparts. The situation is more heightened for Women of Color, especially Black women. 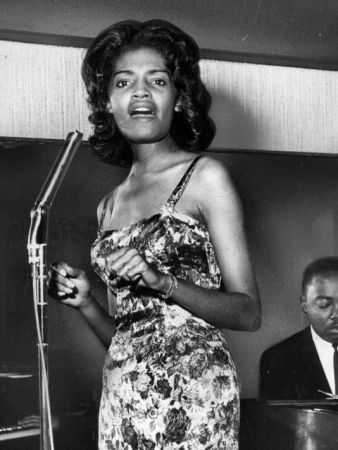 Often, and yet still, you are made to pick-choose: Either stand behind the microphone and belt what’s presented to or stand behind the glass, getting little to no credit for orchestrating the proceedings. Throughout history there’s been Black women that tried to do both, and eventually picked one side of the road over the other. Most chose the behind the microphone route. Few and far between were the ones that went into the studio to create and stayed in the snake pit of the old boy’s club.

This is where we meet Sylvia Rose Moy.

Born September 15, 1938 in Detroit, Moy studied Jazz and Classical music in High School before venturing out on the stage herself as a performer in the late 1950’s. Discovered by Mickey Stevenson and Marvin Gaye in 1963, Motown offered her a full contract, but unlike songwriting teen Mary Wells, Sylvia was steered behind the scenes to create content for stars in waiting, dreamers waiting turns for cracks at material from Holland-Dozier-Holland or Smokey Robinson. She was in the same bench spot as a composer and producer as Norman Whitfield, but in terms of notoriety, doesn’t get anywhere near the credit Whitfield does in terms of pushing the Motown Sound forward.

It’s not without irony that Moy’s earliest efforts got placed with another female singer-songwriter that was forced to choose between penning and performing their material, Kim Weston. Although Moy is most recognized with saving Stevie Wonder’s ass with “Uptight” as 1965 turned into 1966, her catalog goes further and deeper than the now 16 year old genius’s renaissance in the second half of the 1960’s. Notably, she gave a boost to a Holland-Dozier-Holland-less Martha & The Vandellas time and time again (“My Baby Loves Me,” “Love Bug” “Honey Chile”) while supplying material to Motown’s lesser known artists as well.

Rare was it for any female composers to stand alone, and Sylvia found herself supporting many Motown Stalwarts such as Mickey Stevenson, Ivy Joe Hunter, Clarence Paul and Richard Morris alongside taking one off composition jobs with Motown contractors like Mickey Gentile and Jennie Lee Lambert. A consistent thread of all of her compositions and productions is  refined, persistent detail, and oft, a swinging glee even in the most sober of settings.

A great number of her efforts fly into anthemic choruses, and she was a pro at blending smooth and staccato verses into that particular exuberant glee. Sometimes a little bit of dixieland blend between Jazz and Rockabilly could show up, shown prominently influenced on her debut with Kim Weston (A Little More Love) and the Southern-Soul flavored efforts that became hits for Martha & The Vandellas in the second half of 1967 into 1968 like “Honey Chile.”

Perhaps as one of the many women behind the scenes at Motown that kept the label thriving, she’ll always be relatively in the shadows, despite her rich catalog of works that include some of the most oft-cover Motown chestnuts. Her passing at the age of 78 this Spring brought minor fanfare. She indeed was one amazing Wonder Woman, an Amazon of Soul when there was few and far Athena’s of color allowed to succeed in what was an Old Boys Club. Where she should be mentioned alongside names like Carole King, Ellie Greenwich and Cynthia Weil, we have 38 tunes known and unknown to shine a light on this neglected legend of songwriting.

I hope you do enjoy.

*(Like “1-2-3” by Len Barry borrowing heavily from “Ask Any Girl” by The Supremes and “Mashed Potato Time” being a modified “Please Mr. Postman,” this Curtis Mayfield penned ditty from 1966 rang a little too close to “This Old Heart Of Mine.” Therefore courts ruled that Holland-Dozier-Holland & Moy should get songwriting credits and royalties on this Impressions track).