It’s double the legend today. First up, the woman brave enough to step into the Spotlight slot in The Supremes in Diana Ross’s departure, Jean Terrell, turns 71 years old today. 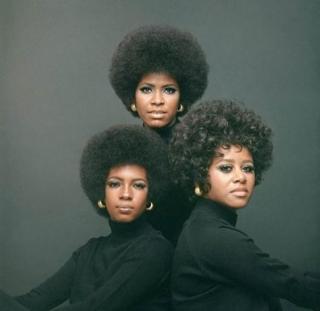 Although it may have been Berry Gordy’s plan to let The Supremes wither on the vine as Diana Ross rose to superstardom, the way that Jean fit into the harmonizing ways with Mary Wilson and Cindy Birdsong actually gave The Supremes a remarkable boost and bit of fresh air. Their first single out the gate, “Up The Ladder To The Roof” trumped Diana’s first single in terms of record sales and chart position.

The lack of promotion came almost immediately, but nonetheless the Jean Terrell led Supremes churned out some of the best latter day Golden Era of Motown efforts. This re-discovered album track had all of the ingredients to keep the momentum going. Funky, slinky and vulnerable, “It’s Time To Break Down” is the kind of magnum opus R&B that was super popular in the early 70’s, but sadly, it didn’t get lifted from LP gem status to single release. These moments of frustration particularly dragged at Jean’s enthusiasm around being a Supreme, which lead to her departure in 1973.