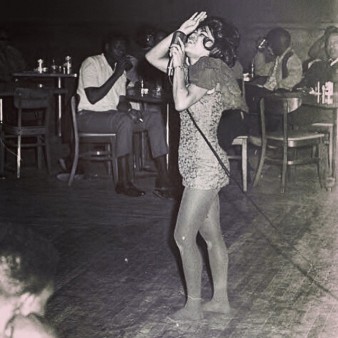 The San Francisco Bay Area is known as a cultural center for the West Coast. Legions of artists found docks of the bay to unleash their creativity for over 150 years. However, with the increased importance of Los Angeles as a multimedia capitol, with Film, Music and Television growing and rivaling the might of New York City,  the Bay Area is looked upon as a place that never really was able to support or sustain its  homegrown talent. Names like The Pointer Sisters, Johnny Mathis, Sylvester, Sly Stone and Tower of Power left the region due to the fact that there were no major recording industry stalwarts in the region.

I recently saw the premiere of Evolutionary Blues that showcased the wealth of talent that developed in the region of my birth. It highlighted the struggles of segregation that restricted possibilities for performers of color here just as bad, if not worse than in The South or other terminus points in “The Great Migration” like Chicago, Detroit, Philadelphia, New York, or of course, Los Angeles. Not only was there a lack of a Black supporting label like Motown, Vee-Jay, Cameo-Parkway, Chess or Atlantic, oft Bay Area Radio turned their backs on local performers, making it harder for local artists to make national impacts.

The  lack of larger financial opportunities locally were compounded by “urban renewal” efforts both in the Fillmore District in San Francisco and the vast stretches of West Oakland that started in the 1950’s. Displacing Black homeowners and renters for Freeway projects like the Central Freeway and The Cypress Structure started to chip away at the unity of neighborhoods and dislocated venues for performance. The final blow came as “blight” was cleared for Bay Area Rapid Transit (BART) in the late 60’s in West Oakland, which had been the 125th Street of the West Coast for the majority of the 20th Century up to that point. While I’m summarizing points that can be found in American Babylon and The Warmth of Other Suns, I wanted to dig deeper at the art that was produced despite the strife.

Nevertheless, it made me want to search out more about the Soul and Pop music that was created in studios long gone where I grew up or perhaps in shuttered or gentrified storefronts I walk by on a normal basis. Of course, as a multimedia artist informed by my environment, I’ve uncovered 30 gems. Most likely my Grandparents or Aunts and Uncles driving down to 7th Street in their LeSabres and New Yorkers would have caught these performers live. Some of these tunes might strike up pleasant memories of hearing these performers live in venues like Esther’s Orbit Room in West Oakland.

As the Bay Area I once loved, the space that birth’d me rapidly changes and I contemplate my departure from the region, it’s one of my greatest joys to bring these tunes to you, and I’m thankful that some of these voices still grace stages throughout the Bay Area. Anyone up for catching Mrs. Faye Carol’s New Year’s Show?

1) Little Lynn & The Four Rivers – Send My Records
2) Troy Dodds – Trying To Find My Baby
3) Kary Lynn – Dynamite
4) Custer & The Survivors – I Saw Her Walking
5) Ozz & Sperlings – Can You Qualify?
6) The Chandliers – Stop Dragging My Heart Around
7) Sugar Pie DeSanto – I Cry Alone 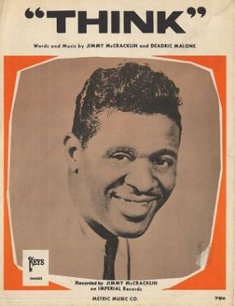