Gladys Knight’s voice is much like a “Linus blanket” I carry with myself. From childhood to now in my mid 30’s, her voice still offers comfort, safety and understanding. Few other voices feel so essential, interwoven into the fabric of my existence. I’m pretty sure, minus her Fury, Vee-Jay and Maxx years, her discography with The Pips was the best represented in my parents record collection growing up. Auditory family she is.

She was Born Gladys Maria Knight May 28, 1944 in Atlanta. Though most of my association with her was through her Motown, Buddah and Columbia Records discography, she felt removed, more attached to a heritage I didn’t exactly know. Her voice is distinctively a Southern creation. Rich and full and syrupy like the sweetest combination of hints of tobacco, honey on cornbread, you feel well fed listening to Gladys’s material. Your heart is full, understood and nurtured.

I guess that’s with amazement that the majority of her material with and without The Pips has little to do with the Southern Cultural experience. Although their version of “Every Beat Of My Heart” has an earnest backwoods meets doo-wop sensibility sweeter than the sweetest tea, the proceedings were gussied up in a hurry on follow up singles recorded up North. “Letter Full of Tears” gives a kiss to “Please Mr. Postman” and a hug to “A Thing Of The Past,” putting Gladys in kinship with two other Gemini sisters of the Girl Group era.

The hits weren’t continuous in the early days, despite brilliant efforts like the initial read on the “Come See About Me” sentiment. Marriage and Motherhood pulled Gladys off the road for most of 1963. Re-emerging in 1964 brought them back to the Top 40 with the intense irony of “Giving Up.” It wasn’t that they were. Of all things, the already Southern Gentility and Perfection Gladys and the family was known for was getting polished to a spit-shine degree. 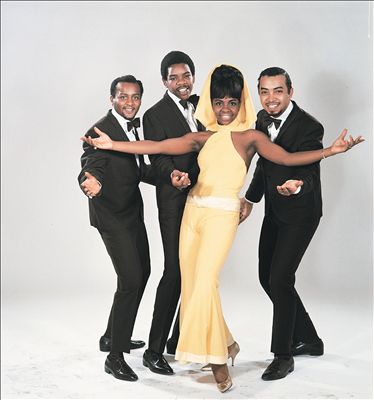 Now working with Cholly Atkins, they were royalty on The Chitlin’ Circuit, if not huge hit makers. Like Tammi Terrell, the visual and vocal presentation was something to die for, or purchase. Gladys didn’t think the group needed to go to Motown, as they survived on their own with steady live show work in between fallow hit record periods. Women do get outvoted quite often, off to Motown it was by the end of 1965.

In some ways, Gladys was immediately right. Their first single release didn’t come until 6 months later in the middle of 1966, to very little promotional fanfare. Behind The Supremes, Four Tops, Temptations, Marvin Gaye, Stevie Wonder and Martha & The Vandellas, Gladys was fighting for attention with a long list of benchwarmers at Hitsville U.S.A, no matter how much awesome, thrilling material they cranked out throughout that first year at the label that got assigned to the vaults. The producers merry-go-round finally placed them in the caring hands of Norman Whitfield, ready to pull a Jerry Wexler meets Aretha magic moment on Gladys.

The results were slow; there’s the super elegant orgasm that’s “Take Me In Your Arms And Love Me” that blasted into the UK Top 20 but barely made a blip here in the states. Smothering Carolyn Gill and The Velvelettes off of yet another version of “Everybody Needs Love” (making the all conquering version in the process) made their first beachhead in the Top Forty, and R&B Top 5 in nearly 3 years. Then there was the all-knowing, wise and in your face assault of “I Hear It Through The Grapevine.” 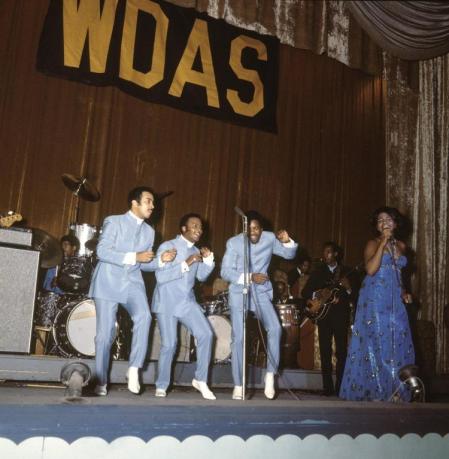 Despite reeling off hit after hit after hit for Motown from there on out, Gladys and fam still recognized their place as functional, profitable outsiders in the Motown machine. They never garnered the respect or praise inside of Motown that they deserved for their Silk ‘n’ Soul.

In a lot of ways they suffered the same lack of praise from music critics over the moon with Aretha Franklin as well. Forever fan favorites always happy to serve you supper through song, they never really let down on the song and style front.

It got super epic once they finally reigned it in, packed up and moved on to Buddah records. Its a marvel to listen to their Imagination LP back to back with the brilliant Curtis Mayfield Gemini power team produced soundtrack to the movie Claudine. It went “On & On” as Gladys branched out into making movies as well. They were already show business legends, proving that they didn’t need a parade of endless hits to stay relevant entertainers, as the hits did slow. Every once in a while they’d pop up to show the youngers how it Pluto in Leo folks worked “Overtime” to make shit work.

Eventually Gladys would continue to individuate, and partner with old friends as new teammates. There’s nothing short of powering the western world when you pair Gladys, Patti and Dionne Warwick together. She was given a “License To Kill” if necessary.

She’s still touring and bringing brilliance and magic, in little increments as she strives to meld the past and the future, the heaven and the hell, agony and ecstasy like she only knows how.

Gemini Royalty. The Empress. That’s Gladys Knight for you.