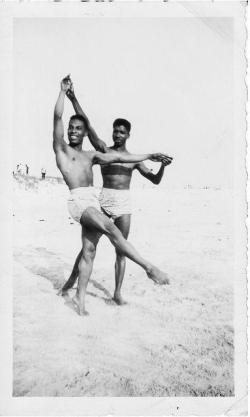 I’ve said quite often, for little Black Queer Boys 20 something years ago like myself, Girl Group Songs saved a life quite often. Well, mine. I should really speak for myself.

In the weird role play between gender expression and having even in the 1990’s so few cultural placeholders to identify with, I grasped full-hearted to Black Women in wigs and sequins. It wasn’t really anything new, I’d long taken a shine to the revisiting of Mid 60’s Lady Soul because I was born in the nostalgia wave that crested with The Big Chill.

“Tell Him” by The Exciters and “Heatwave” by Martha & The Vandellas were early nursery rhymes that forewarned me about the interesting interfaces I’d deal with between being attracted to masculine of center (ish….older I get the more I fancy the dandies) individuals. I’d find plenty to celebrate, lavish, argue cry and make up about apparently.

I say now, all these years on that these sisters in song never ever lied about anything. My whole love life has been a girl group catalog of hits and misses, hidden gems and shiny showpieces. Even today there’s no real courtship manual on how to really do things outside of the rigid romantic binaries we were taught were the default. Still I find myself finding message by coloring outside the lines with a number of Power Pop and Circumstance songs from a different era.

For my second “Young” and in love playlist for the month, I’ve dug up a selection of Lady Soul songs that uplift and support. We have songs that tell their subjects of concern to dream big, stand with pride and praise them for standing up and rising in love despite living in a world that rarely loves them back. These songs from 50 or so years ago when Black Lives Mattered even less than today gave a little sheen and shine for Black Men, no matter how you may read them. They meant so much to me, taught me love is the ultimate to live for, and I shall share with you as my Valentine to you.