I guess it shouldn’t come as a surprise that some of the most prominent voices I grew up hearing on roadtrips have birthdays right new to each other. As music informed family stories told to me as a child, hours smothered in pillow top velour seats, voices like Bobby “Blue” Bland added an extra richness to stories about the proceeding 25 or 30 years that existed before me. On this Wednesday we celebrate what would have been his 86th Birthday. 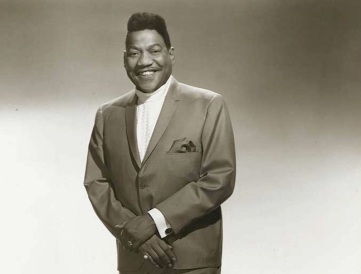 Getting his start in 1955, and topping the R&B Charts a few times, starting in 1957, He didn’t cross over as extensively to the Pop charts like Aquarian contemporary Sam Cooke. However, his style, equally elegant, yet even more raw than Cooke, showed his brilliant, beguiling way of caressing a lyric before unfolding the meaning with dollops of passion.

In portraits of Black vulnerability on vinyl, Bland ruled supreme. Hence why I chose this slice of life image of the working poor from 1966. Proving that examples of social commentary were plenty in R&B if you were paying attention, Bobby talks about the unfair taxation, the “war on poverty” of The Johnson Administration, discrimination in hiring practices and the emotional toil on oneself and those you support while being poor. Although it didn’t make much head way on the Pop charts, R&B audiences responded to the slice of realism with a Top 10 R&B placement.

It seems, although we traditionally pinpoint 1970 as the point of Wealth Inequality starting its most robust claim on society, Bobby Bland was reporting on it in 1966. 50 years later, this song could sum up so much of the American Condition, as could some of the lighter slices of Bobby “Blue” Bland’s career. For this, we thank him for his nearly 60 years of contributions to the field of R&B.