We end our SagittariYES spellbinding with one of the most royal of soulful centaurs. It’s Carla Thomas’s Birthday this longest day of the year, and our Full Moon born soul legend turns 73 today. 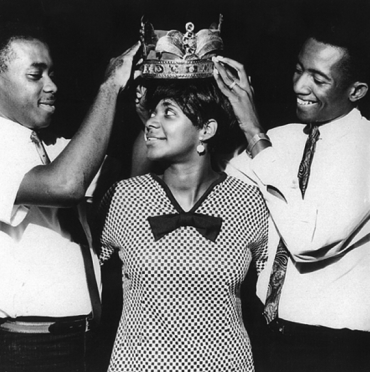 Daughter of Memphis Soul Royalty Rufus Thomas, Carla spent a healthy part of her career in the 60’s juggling both the call to fame and the call to higher education. In fact, the progress she made moving into the Pop Top 10 with her solo debut “Gee Whiz” got sidelined by her studies at Tennessee A&I. She wouldn’t replicate anywhere near the success of her first solo outing until 1966 despite splendid singles since she had very little capacity to balance her education obligations and her singing career obligations, especially being in Memphis while still signed for a distribution deal with Atlantic Records in New York.

Her renaissance in late 1965 was decidedly helped by her transition to Stax records, who in 1960 as Satellite Records, she recorded her first efforts for. That label’s distribution deal with Atlantic helped build the label into Stax records, so you can say Stax Records is the House That Carla Built, in the same way Ruth Brown’s early success built cash revenues for Atlantic Records, yet rarely receives credit for.

As Carla’s birthday often falls exactly on Winter Solstice, the longest day of the year, I decided to pull out her 2nd to last single for Atlantic from the end of 1964. Take this song she co-wrote with Steve Cropper as a prayer that the most important light to keep burning and building upon as the daylight returns is the variety of Love Lights in your life. Carla Thomas told you so, and you wouldn’t want to betray the Queen of Memphis Soul now would you?