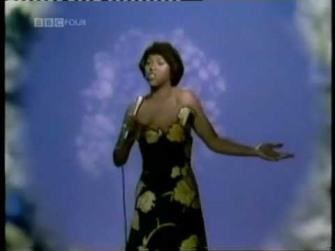 Part two of our Gemini Roll Call Chicago trip brings us to the 65th Birthday of Niecey. Born today as June Deniece Chandler in Gary, Indiana; post dropping out of Nursing school found the 18 year old working as a Chicago Hospital Clerk during the day and Nightclub singer at night.

In the prolific Chicago music scene, and her inherent talent made sure that she would be picked up quickly. Her breakthrough solo success in 1975 was due to 7 years of persistent work. In the downtime between her singles between changing her stage name from Chandler to Williams, she worked as a background singer for Stevie Wonder.

But her first brace of solo recordings definitely show the strong storyteller in waiting that would blossom in full force during the 2nd half of the 1970s. This breezy bit of “I can never go home anymore” wasn’t too uncommon in Soul (See Barbara Mason’s “Trouble Child”) but the striking first person honesty might have been too much for 1968 radio waves. A shadow classic for sure, and a nugget of gold among gems in Niecey’s extensive discography.