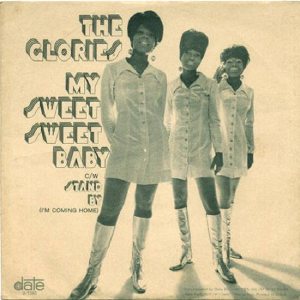 The Glories are one in a number of Girl Groups of the 1960’s that, despite churning out a long line of wonderful material, saw little pay off in terms of recognition or chart success. This seems a tad bit ridiculous in hindsight nearly 50 years on considering how great a mixture of Motown stomp and Stax strut most of their efforts were.

They churned out a bevy of beauties between April of 1967 through June of 1969 before throwing in the towel. Although their first single is quite brilliant on its own, I give the tip of the hat to their stridently independence seeking 2nd single from the summer of ’67 that you can play in the overhead link.

For those of us doing Lion work this early March, The Glories have your theme song.