Motown was a house built on the labor of Women. Particularly Black Women

There’s no way to really debate this. It started with the labor of understanding music, publicity, marketing and legal concerns Berry Gordy picked up from his sisters, Anna, Gwen, Esther and Loucye. It continued with the financial success that women like Mary Wells and The Marvelettes brought to the label with their self penned debut hit records.

Of course it flourished under the bankrolling done by the record sales and touring those women did, followed in short order by Martha & The Vandellas. Of course, in rose to a climax, but not a final finish when The Supremes were clearing $30,000 per live engagement in the mid-60’s. By 1965, women that had been cutting their teeth elsewhere in showbusiness like Broadway veteran Barbara McNair, Philly ingenue Tammi Terrell, and The Royal Family of the Chitlin Circuit Gladys Knight & The Pips joined in on the fun.

I doubt any of that will be part of the story when Hitsville: The Making of Motown hits the airwaves on Showtime this weekend. The trailer seems to think the only women that mean anything to the Motown legacy are The Supremes, and Diana Ross in particular. While we can all admire the staying power of Diana Ross, celebrating now 60 years as an entertainer, there’s so many backs she stands on to be able to luxuriate in the spotlight while having her diamond jubilee year.

There’s the stories of how her groupmate Florence supported Gladys Horton to give “Please Mr. Postman” her own personal stamp the day it was recorded in the studio. There’s a loyalty to looking out for your own, even amongst your other own, that won’t get told. You do know that when Wanda Young of The Marvelettes was pregnant with her first child, Florence Ballard, still great friends with the group subbed in for her. It’s none-the-different than a pre-fame Dionne Warwick subbing for Addie Harris in The Shirelles. These sisters did for themselves by looking out for each other.

There’s names and voices still touring that won’t get their time in the spotlight. Those names may be as big as Gladys Knight, or as unknown as Carolyn Gill of The Velvelettes. There’s many women long departed that never got to comprehensively tell their stories, including former Queens of the label Mary Wells.

There won’t be talk of how Tammi Terrell’s likeness was exploited for record sales at the height of her illness. There won’t be talk of the juxtaposition between the expectations of being a performer and a parent that saw many of these women prove you could do it all, yet still prioritize multiple arenas of life that their male counterparts never had to consider. 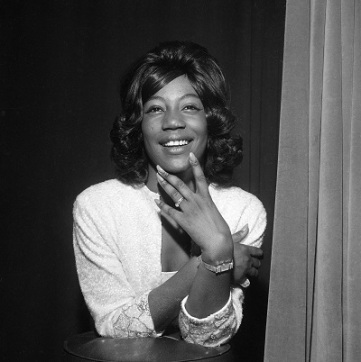 As we lose the context and nuance of the history to time, I try to do my best to write, research and share the collective gifts these women produced. This is mix #3 (versions #1 & #2 are here) that goes deeper into the vaults to see the constant proliferation of material these women produced from the scrappy beginnings of the label through its transition to Hollywood, where, truthfully, Diana Ross was the only one allowed to survive the transition. I hope this lush catalog brings these women to life for you once again, whether they’re still with us or not. At this point even the youngest, Little Lisa, is 65 years old. Mable John, the eldest survivor, will be 89 this Fall (Motown’s first white female signing, Debbie Dean, would have been 91 this year). Everywhere we look, our history is more complex than we could ever comprehend. The history of Motown is no different.